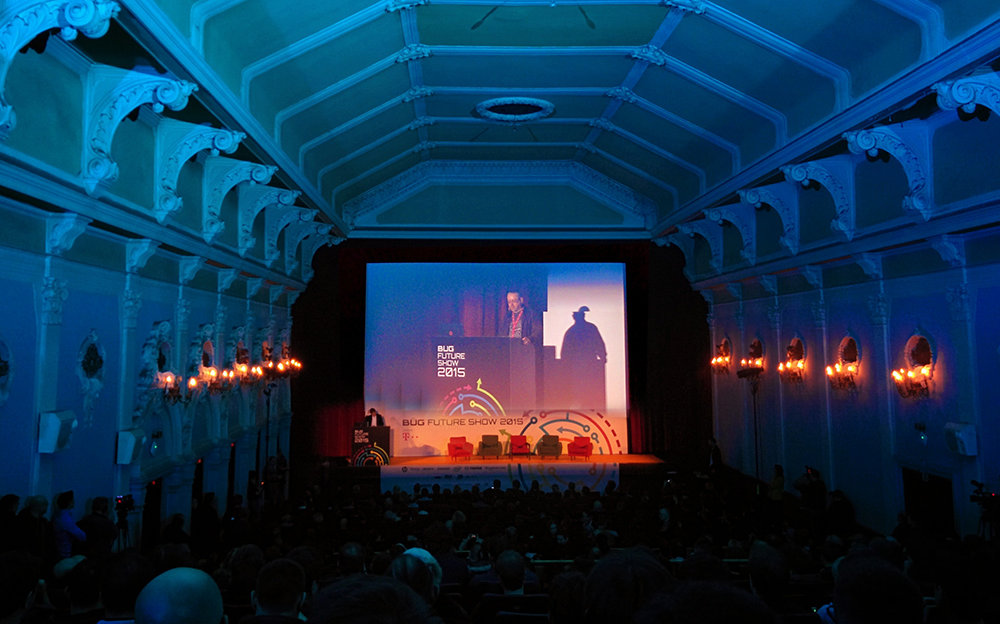 Is the future already knocking on our doors and are we ready to embrace the (un)expected?

Here at Amphinicy, we always try to keep up with the latest advancements and trends in the IT industry. We visited Bug Future Show, a whole-day technology event organized by BUG, a Croatian monthly computer and information technology magazine.

The organizers made an excellent move by bringing this event to the beautiful old arena of the Europa Cinema, in the center of Zagreb. Visitors had a chance to spend the day in a cult place of culture and fiction, mingling with top IT professionals, experts from BUG magazine and IT community. The program was very interesting, especially for people starting their own businesses (startups), students or people already in the IT industry - like us. The dynamic stage performance alternated with panel discussions, video projections, interviews and live performances accompanied the exhibition program and prize contests for the audience, complementing already interesting lectures on exciting topics.

The show started with a keynote from one of Ireland’s leading economic commentators, David McWilliams, whose aim was to answer the question: Can the Irish Hi-Tech model be copied in Croatia? Twenty years ago Ireland had a small hi-tech industry and was one of the underprivileged countries in Western Europe. Today Ireland is exporting € 72 billion worth of technology (more than the entire Croatian GDP), with 130,000 high tech graduates working in the IT sector. What is the key to their success? Although Ireland’s economy is idiosyncratic, Mr. McWilliams gave a few advices on how Croatia could raise its GDP and kick-start the economy, because he believes these two countries have a lot in common, from mentality to historical and economical issues. Firstly, Croatia should keep out of the Eurozone and devalue its currency. Secondly, lower taxes to attract foreign capital. His overview of the Croatian education system gave us something to think about. Outdated academic principles are not engaging enough for innovative thinking and making brave and productive moves in the future. From his words, a creative artist can make a great entrepreneur. 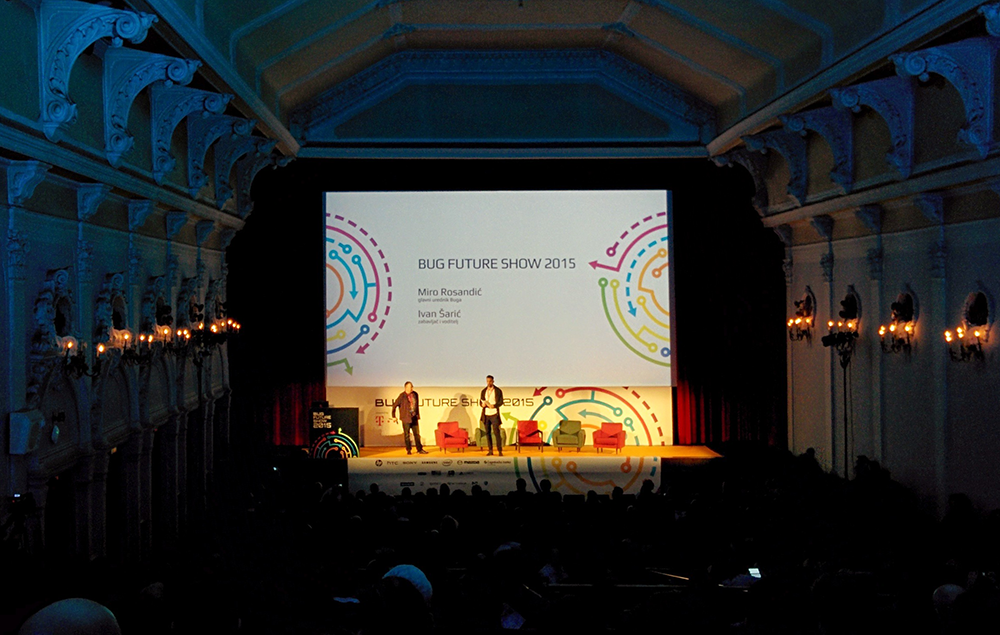 One of the most interesting talks we attended was about automobiles of the (not so distant) future. One of the speakers was Mate Rimac, owner and founder of "Rimac automobili", a Croatian company that develops and builds high-performance electric vehicles. He stated that the second biggest household expense, second to the house itself, is a car. We only use our cars for 10% of the time, at most. He predicts car-sharing services, offering fully automated vehicles that come to their customers when they need them. So, owning a car would become a thing of the past along with driving schools. We may see fully automated cars on the freeway by the end of the decade, he says. Of course, there will be much debate over this matter, as it draws a lot of legal and ethical dilemmas with cars being judges in life threatening situations.

One could say that vehicles of the future are smartphones with 4 wheels, having SIM cards installed and engaging infotainment systems being developed intensively by carmakers. Mate Rimac believes that a significant leap is needed, as this technology is coming from the IT world and is not financed from the car industry, so the available tech is barely enough to produce high quality cars (car batteries are a good example). Such future cars could have tech that enables us to wave our hand to change songs, project data on the windshield (traffic, weather), while being fully automated or only partially to assist us in dangerous situations. He predicted that the electrical motor is only a small step in the revolution society is going to see in the coming decades.

Another talk of great interest for us was a keynote presentation of Mr. Ante Radonić, the chairman of The Planetarium in Technical Museum in Zagreb and the author of Andromeda, a popular weekly radio show about the Universe. Being the most active person in the community when it comes to space, and a promoter of astronomy and astronautics in Croatia, he focused his lecture on private space industry and commercial flights. The phenomenon today are relatively small private companies led by enthusiasts, engineers-entrepreneurs and passionate philanthropists, unstoppable in their efforts to push the boundaries of human knowledge and abilities in fields supported mainly by governments. Such an entrepreneur is Elon Musk with his company SpaceX, making history as the first private company ever to make a spacecraft return from low Earth orbit. In the 1.6 billion dollar business with NASA they make successful transports of cargo to and from the International Space Station (ISS).

Among other interesting news were commercial flights into Space and the construction of the spaceport in the Republic of Croatia under the direction of Swiss Space Systems (S3), building spacecraft for suborbital flights and the development of private space modules called space hotels that are planned to be launched into Earth orbit for scientific research or space tourism.

It seems that the future is bringing many interesting changes that we have experienced so far as an SF movie scene. In the constructive spirit of our international guest, at the very least, we have a chance to play the game with the best in the space and IT world.