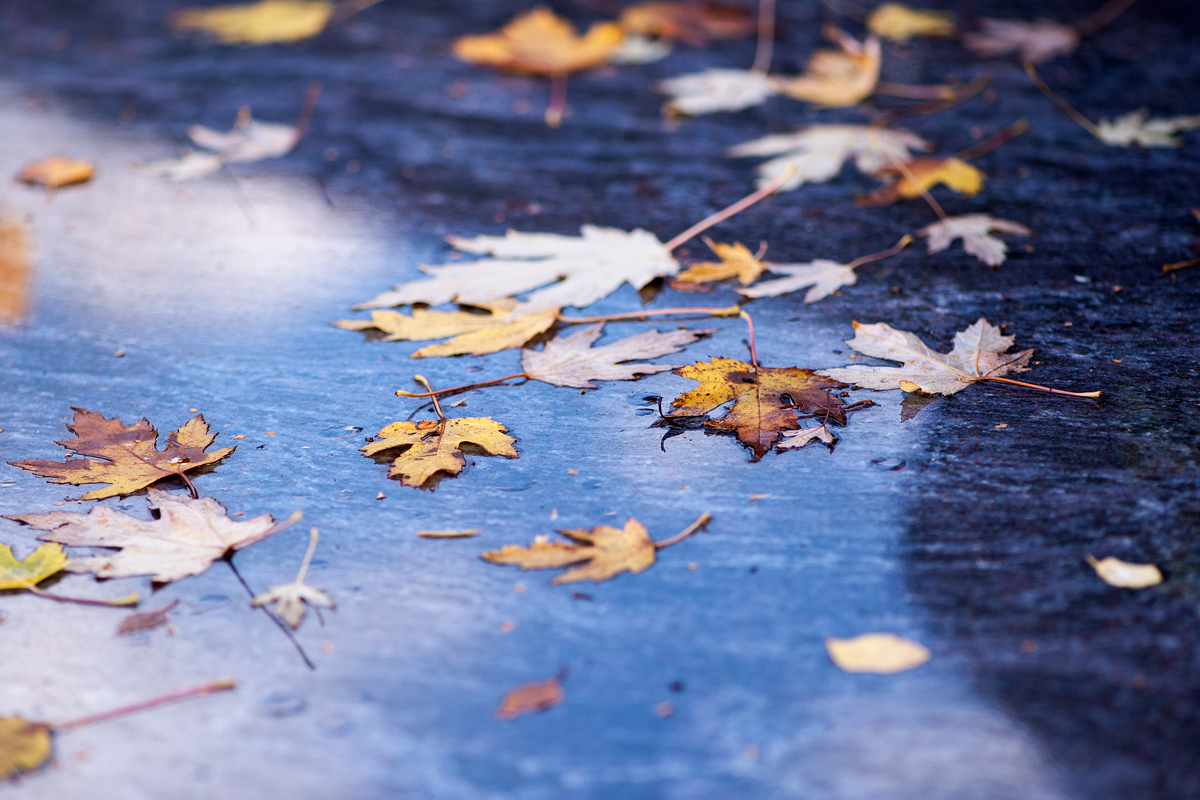 It's becoming grayer outside, more dreary, and of course much colder. November is almost coming to an end, and we'd like to bring you back to the events of this month. Some important things have happened this month, and we'll also look some years back.

Remember the Artemis project? This was signed at the end of October, with NASA and ESA being the responsible parties. Discussions and work will start now, focussing on international cooperations for the Lunar Gateway - this being a small space station used for future research, sustainability, and habitation activities when exploring the moon.
Still, there's more to it: one of the signature parties is Luxembourg. In addition, the ESRIC - the "European Space Resources Innovation Center" - is being set up as a collaboration from the LIST (Luxembourg Institute of Science and Technology), the ESA (European Space Agency) and the LSA (Luxembourg Space Agency). 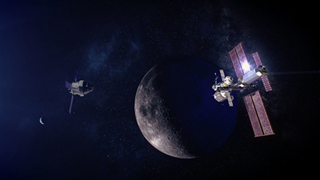 Another very important mission needs to be mentioned: ESA has launched Copernicus Sentinel-6 on 21 November. This is a radar altimetry project measuring the sea surface constantly from an altitude of 1.336 km, in the light of climate change and rising sea levels.
3.6 mm/year may not seen very much, but let's add this up over 20 years - that's a 7 cm height increase of the sea level, and may turn out a catastrophe for sensible plants like corals, or for very low and flat islands like the Maledives.

Image credits for both: ESA 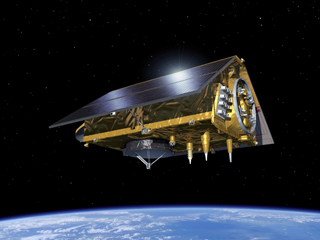 Let's also go back to the historical events this month: on Nov. 15, 1988, a 300-foot radio telescope in Green Bank, West Virginia suddenly collapsed. It happened at 9:46 p.m. on a clear night with no strong winds.
When the observatory staff showed up to work the next morning, they were greeted by a huge pile of wreckage. The telescope collapsed under its own weight after a key structural element called a "gusset plate" failed. This was one of four connecting plates that held the telescope's large, metal beams together. Investigators found that these gusset plates were not built to last the 26 years that this telescope had been in use.
Three years later, construction began on a new telescope. The Green Bank Telescope was even bigger and more sensitive, and it began science operations in 2001. 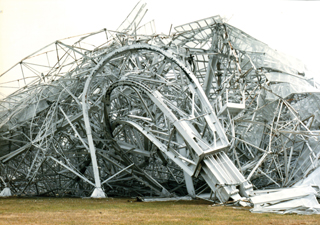 And, one year later, five American astronauts had possibly imagined their Thanksgiving in space to be slightly different: on Nov. 22, 1989, the space shuttle Discovery launched on a mission with these five astronauts on board, to deploy classified payload. As they also spent Thanksgiving onboard the spaceship, a bit of a holiday event had been planned to happen. Unfortunately, they spent all day repairing the toilet which had just then decided to break... 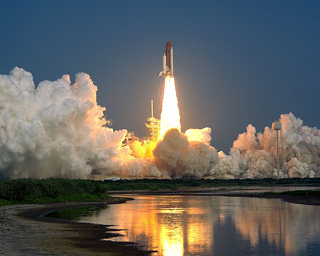