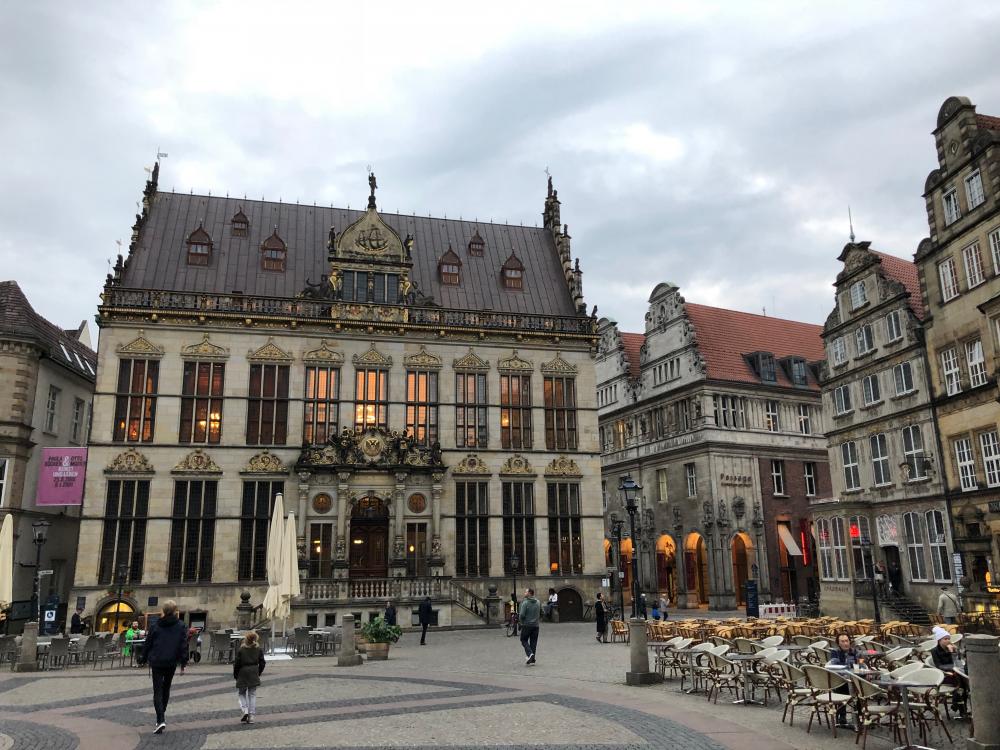 The 69th International Astronautical Congress (IAC) took place in Bremen, Germany from 1-5 October 2018. It was the first time that Amphincy Technologies participated at this show. Our primary focus was the presentation of our products. As I am a newcomer to Amphinicy, and this was my first show, I had to take extra time to introduce myself with products’ details, with the hope that I will be able to present Amphinicy in the best light.

After arriving at Bremen, the first thing we saw at the airport, besides custom officers, was the ISS model. Our first impression was that this was a show related exhibition, but as we were driving towards our hotel, we’ve learned that Bremen has the highest space-related activity per capita in Germany. 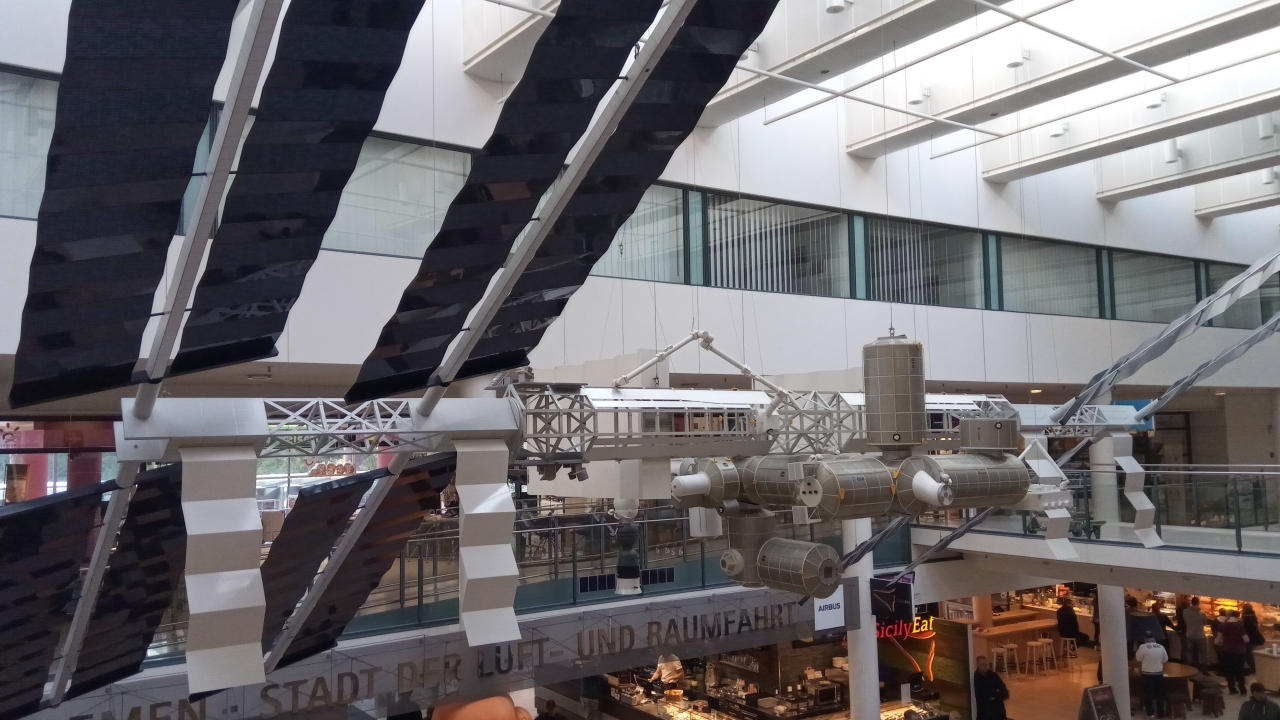 The event was held at MESSE BREMEN - Bremen Exhibition and Conference Center. Besides the exhibition, there were other events - technical sessions and panel discussions. As we take every opportunity to learn something new, as exhibitors we were also young professionals, stealing booth time and going to panel discussions and technical sessions. Among other things, we have learned that NISAR mission is going to have a very high data rate downlink capacity (up to 10Gbps). For someone who is working on signal demodulation, this is very interesting and motivational information. 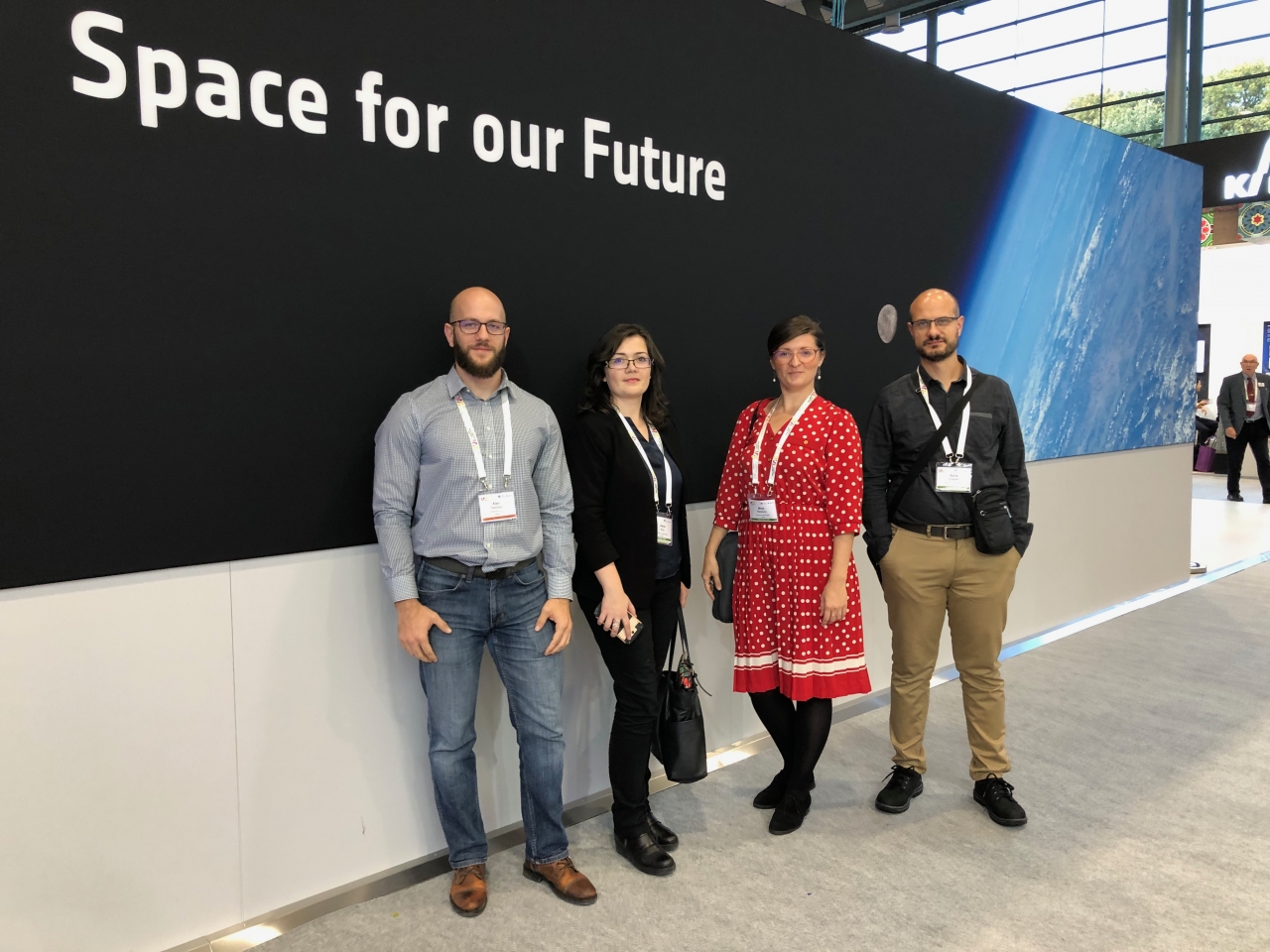 The show was five days long, with a lot of activities and lots of interest at our booth, despite our location at the edge of the exhibition hall. As it was the major show in the space industry all big names were there: NASA, ESA, DLR, Airbus, Locket Martin, Boeing and many others. Despite there were lots of events and exhibitors and there were four of us, we were able to visit most of the other exhibitors, discuss their activities and see how state of the art technology looks like. To us, the most exciting thing there were lots of booths of nations that are establishing their space agencies and activities, like New Zealand, South Africa, Australia, to name a few. There was a corner with a demonstration of how robots are navigated and manipulated on Mars which is something that caught the eye of many space enthusiasts. Also, it was nice to see rocket parts with signs flight hardware on them. Some members of Amphinicy team also tried to hitchhike a ride to the Moon, but (un)fortunately they are still grounded. 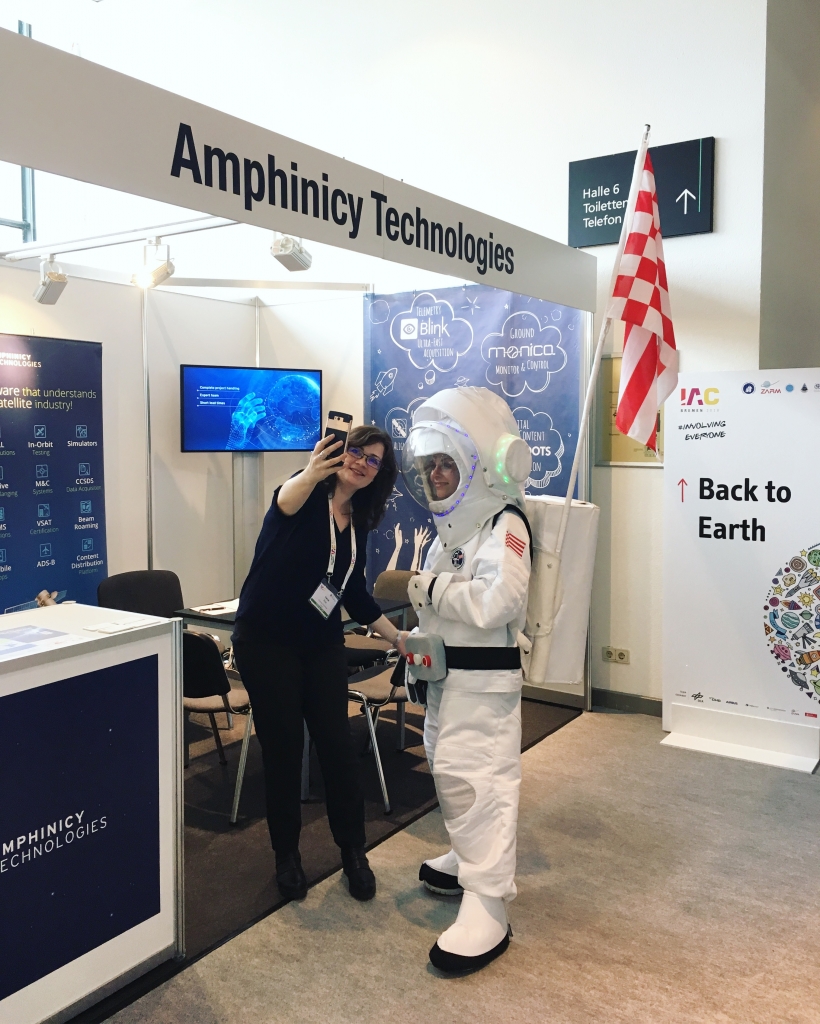 For Amphinicy being an expert in the data handling on the ground, while building expertise and product portfolio in the area of high data rate receivers, it was very interesting to talk with people that are developing new ground stations, such as Space-SI, LoReTT and Venture Southland, but also with those working on small satellites, such as ICEYE, and check their needs and requirements. On the other hand, it was nice to see how the big players in the area of satellite ground stations, such as Kongsberg, are updating their equipment and what is their stand on new space, that includes fleets of small satellites and satellite constellations. 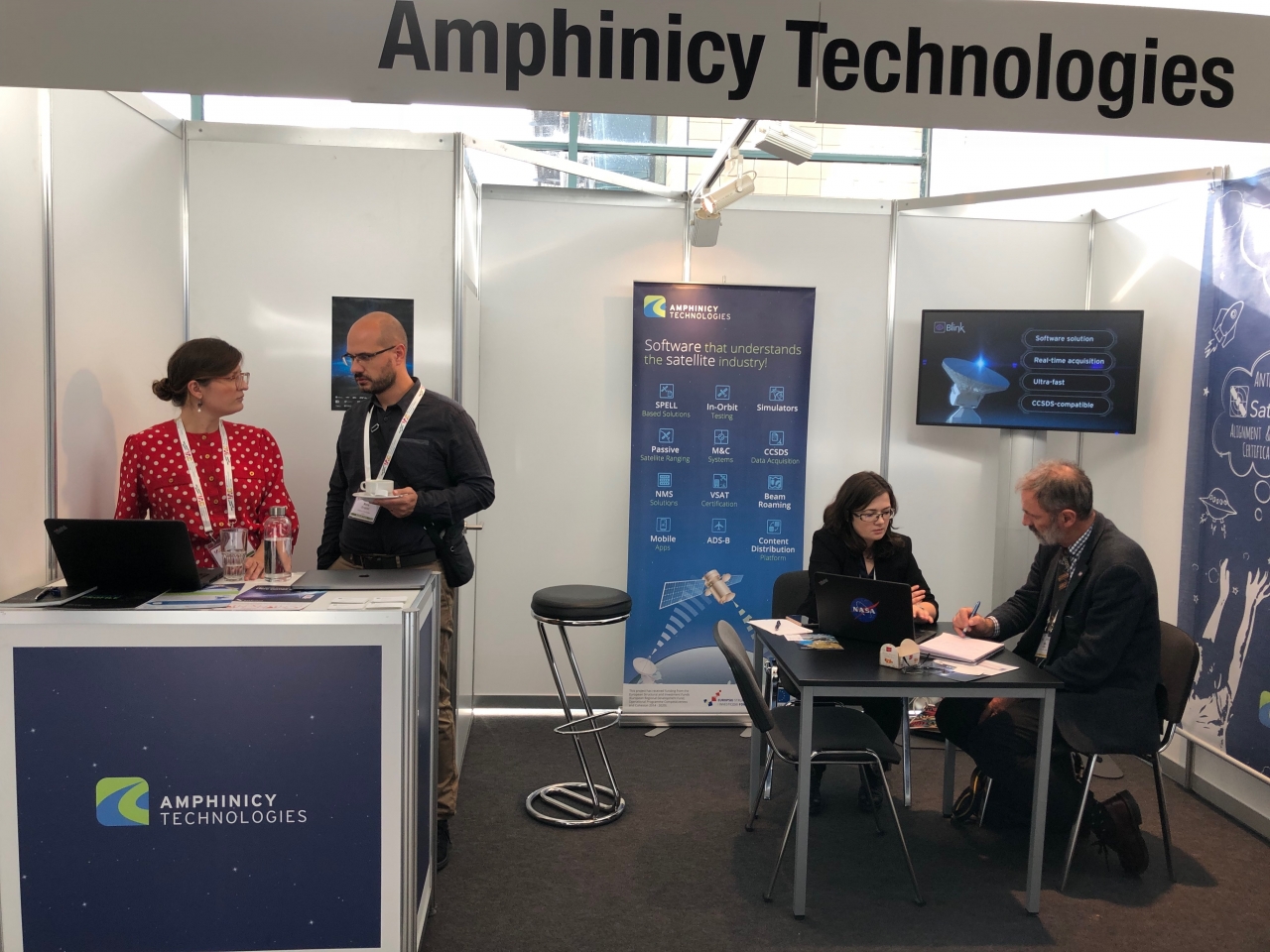 For Croatia and its space-related activity, it is essential to headline that Adriatic Aerospace Association, which Amphinicy is a partner, has been accepted into International Astronautical Federation during IAC 2018. 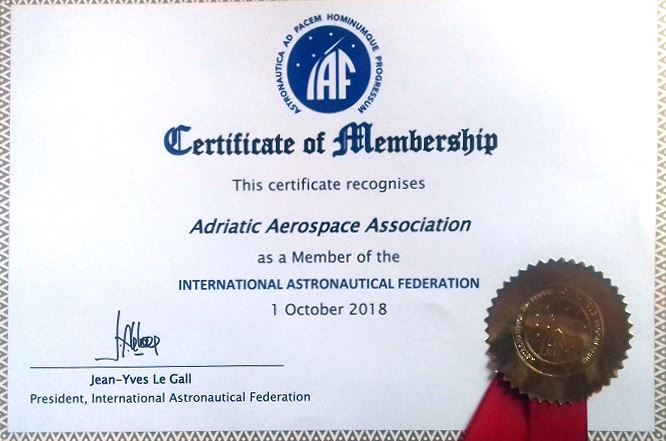 Overall, I think it was very productive to be a part of IAC, and I hope that next year Amphinicy will be able to present a demo of a ground station.

The content of this article is under full responsibility of Amphinicy Technologies.