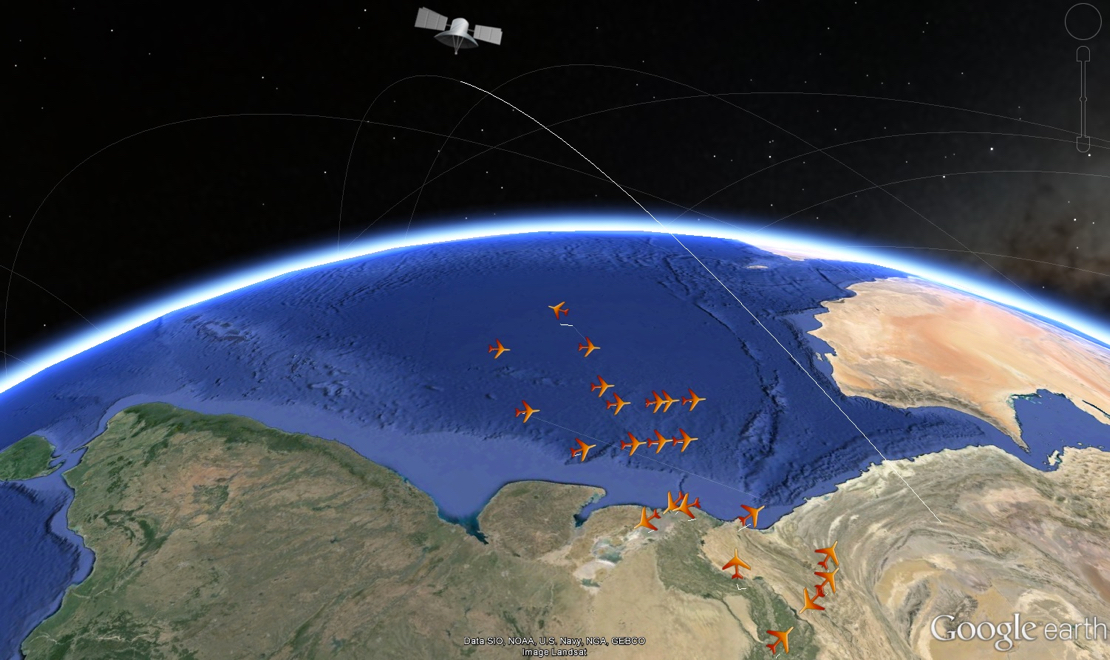 To this day, aircrafts flying over non-radar airspace (NRA) have no systematic, frequent mechanism of reporting their position and flight status to the ground control.

The lack of such a mechanism caused the wreck of the infamous flight AF447 not to be found for almost 2 years.

The purpose of the system was to assert the feasibility and performance of live aircraft tracking over satellite, potentially enabling real-time coverage of the entire surface of the Earth – a very desirable, yet so far unimplemented concept. The large volume of gathered data is used for generating reports on the performance and capabilities of a satellite receiver.

The system has been successfully deployed and is currently in operation, reporting very promising results.